Pay For Play: On The College Admissions Scam and Hidden Value

A reader asked what I thought of the recent college admissions scandal. The story came up in a few conversations with other people last week as well, so I’ll share my thoughts on it.

Q: Do you have a problem with the practice of buying your way into a college?

In the abstract, no, I do not.

Let me be clear: I’m not talking about cheating on entrances exams or underhanded tactics that run counter to fair play. Paying go-betweens to sneak your kid into a school is out of bounds. Fraudulent classification about why the rich kids in those stories were admitted is the big sin in this tale.

Parents helping their kids score [college admission/internships/jobs] is as old as time; It’s the negligent parent that doesn’t do all they can to help their kid excel. SAT classes and tutors are part of that, with a groundswell of critics arguing that even that much assistance creates a slanted playing field that impoverished families cannot compete with.

If the schools want to sell spots to the highest bidder, they should be free to do so. They should just be forthright about it.

One caveat: Selling seats shouldn’t be allowed in public colleges that are state schools. At least, not in a fashion that jeopardizes entrance for in-state applicants.

Private universities should be free to do what they want; It’s their “house” and can invite whomever they like.

Before you recoil in horror, understand that non-merit based admissions have been on the scene for centuries. It already happens to some extent with kids of captains of industry/celebs. Legacies—children of alumni—get special consideration because schools wants to look out for their own. Affirmative action is a factor as well.

If you take the emotion out of the discussion, you’d be hard-pressed to find anything inherently-evil with a parent “buying” a better chance of admission for their kid.

Q: Is there any value to wealth-based admissions?

One of the more intriguing discussions, besides how Lori Loughlin might handle a transition from “Full House” to the big house, is who benefits when college seats are “sold”.

The families who can now brag about junior’s acceptance to a big-name school; the university, who’s happy to collect full-price tuition—and then some—from another deep pocket; these are obvious winners.

But there’s more to the story.

My alma mater is a perennial power in Ice Hockey, so I’ll use a fitting analogy:

Good hockey teams are comprised of a few different pieces. A squad usually has a couple of enforcers, guys who may not have made the cut on their stick-handling and scoring prowess alone. You need players who can rough up the opposition’s stars, protect your own players from being targeted, and soak up penalty minutes whenever the coach wants to “send a message”.

NHL 98: One of the better sports games of all time.

Enforcers are unheralded contributors whose value doesn’t always show up in the box score, but good front offices understand their role in building a winning culture.

Similar to the way a good offensive line keeps your star quarterback upright and ignites your running game in football, teams need players who create room for everyone to operate. Enforcers may not make the grade on stand-alone examination, but their presence serves a purpose—even if it offends certain high-minded sensibilities.

Admitting a contingent of students from well-to-do families benefits the campus at large. As long as they don’t embarrass the university, their enrollment is almost-certainly a win for the school.

Beyond full-price admission, these families are good for donations when you need a new academic building or state-of-the-art residential hall. They can be counted on to support fund-raising efforts long after their children have graduated and boast professional connections that can be useful to the school when problems need to be handled discreetly. The students themselves often go on to high-paying jobs—in part, because of their backgrounds—and become big contributors down the line.

Benefactors make many of the scholarships for students of modest means possible. They are a resource for attracting the best professors. Collegiate sports are important sources of revenue and big-shot donors bankroll stadiums that draw crowds that, in turn, lure some of the nation’s best and brightest year in and year out.

You can’t run a college program on bake sales.

Never forget that colleges are business. As much as they tout their missions of higher-learning for the masses, rising tuition bills should make clear their primary agenda.

All that said, there’s little long-term concern about the impact of wealth-based admissions on your child’s acceptance odds.

Most good schools will not and do not “sell” seats on a large scale because it would tarnish the school’s academic reputation. The best schools want a student body with A-students, great artists, intellectually-curious minds in a range of fields; that’s not something you get if anything larger than a tiny percent of your student body is a result of evaluation by affluence.

Admissions departments select students from a cross-section of society, independent of familial wealth. Money makes the world go round, but there are some prizes that cannot be bought. 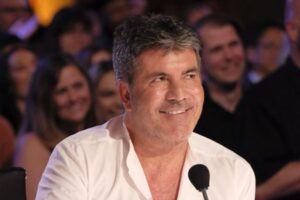 American Idol ratings have been in the tank since his departure.

You cannot buy personality, creativity, discipline, and ambition; those traits are developed independent of wealth and may actually be numbed by having it too easy growing up; struggle is a common backdrop for personal development.

With every big story, there are always special interests ready to hijack narratives and push an agenda. The admissions scandal is already raising more “rich-is-evil” chants, which obscures a good teaching lesson and, ironically, leads to more despondency and excuse-making among the people who can least afford to do so.

Let me know what you think of this story and school reform as well.