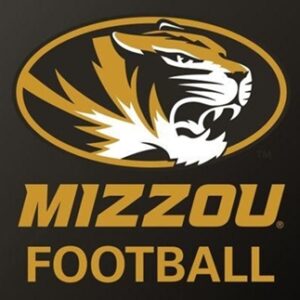 This is a story worth exploring.

This comment, from a user named “EzTarget” on the Yahoo article, outlines what the players wanted from the administration:

1. We demand that University of Missouri System President, Tim Wolfe, writes a hand-written apology to Concerned Student 1-9-5-0 demonstrators and holds a press conference in the Mizzou Student Center reading the letter. In the letter and at the press conference, Tim Wolfe must acknowledge his white privilege, recognize that systems of oppression exits, and provide a verbal commitment to fulfilling Concerned Student 1-9-5-0 demands. We want Tim Wolfe to admits his gross negligence, allowing his driver to hit one of the demonstrators, consenting to the physical violence of bystanders, and lastly refusing to intervene when Columbia Police Department used excessive force with demonstrators.

2. We demand the immediate removal of Tim Wolfe as UM system president. After his removal, a new amendment to the UM system policies must be established to have all future UM system president and Chancellor positions be selected by a collective of students, staff, and faculty of diverse backgrounds.

3. We demand that the University of Missouri meets the Legion of Black Collegians’ demands that were presented in the 1969 for the betterment of the black community.

4. We demand that the University of Missouri creates and enforces comprehensive racial awareness and inclusion curriculum throughout all campus departments and units, mandatory for all students, faculty, staff and administration. This curriculum must be vetted, maintained, and overseen by a board comprised of students, staff and faculty of color.

5. We demand that by the academic year 2017-18, the University of Missouri increases the percentage of black faculty and staff members campus-wide by 10 percent.

6. We demand that the University of Missouri composes a strategic 10-year plan on May, 1 2016 that will increase retention rates for marginalized students, sustain diversity curriculum and training, and promote a more safe and inclusive campus.

7. We demand that the University of Missouri increases funding and resources for the University of Missouri Counseling Center for the purpose of hiring additional mental health professionals, particularly those of color, boosting mental health outreach and programming across campus, increasing campus-wide awareness and visibility of the counseling center, and reducing lengthy wait times for prospective clients.

8. We demand that the University of Missouri increases funding, resources and personnel for the social justice centers on campus for the purpose of hiring additional professionals, particularly those of color, boosting outreach and programming across campus and increasing campus-wide awareness and visibility.

First thing I asked myself when I heard this story last week was, “What’s the football team’s record?” (4-5, no real shot at a bowl game and the money/publicity that comes with a post-season berth). No surprise the football team is having a bad year.

It’s easy to protest games when you’re not in the title hunt. Spares the need to go through grueling, daily football practices as well. The football team wasn’t risking much to do this; they have to know the school won’t rescind their scholarships, lest they be called “racist” by those pushing an agenda.

Had something like this happened at powerhouse Alabama or LSU, you’d have to applaud the tremendous risk of personal loss and willingness to stand on principle exhibited by the players and coaching staff.

Cynicism aside, the Mizzou football team’s protest was a spectacular gambit.

To the football team’s credit, they actually found an effective way to get people off the sidelines. Football generates so much cash, even at non-elite programs, that the threat of not playing games was a viable threat to wield against the administration.

For all the talking and idealism swirling around the Mizzou campus, little was accomplished until an ally with real pull emerged.

Yes, students have been protesting for a few months now, including a recent hunger strike by a graduate student on campus, but nothing of significance was done until the football team joined the fight. Football generates so much cash, even at non-elite programs, that the threat of not playing games was a viable threat to get things moving.

You need leverage to get people to act, especially when there’s an imbalance of power. You can get a lot further with a rock and a kind word than just a kind word.

The world is full of rocks, waiting to be plucked off the ground. You just have to get creative. 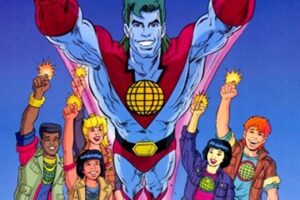 More powerful than the sum of its parts.

The BlackLivesMatter movement can learn something from this.

The importance of incentives to protest movements cannot be overemphasized. Understand human behavior and the game gets so much easier. You need to hit the right targets—with the right ammunition—to effect lasting change.

Action, without precision, is a waste of time.

A few words on the Mizzou protesters list of demands:

I’m not a fan of the changes the Mizzou protesters want to enact at the school.

Besides the endless red tape that would be created by running administrative decisions through dozens of committees, there’s a strain of intellectual dishonesty present throughout this list.

Like a lot of the comments on this story, I can’t see how changing the school president would solve any of the problems listed. For all we know, the vandal creating swastikas out of fecal matter might just have a screw loose. His existence doesn’t prove institutional racism at Mizzou any more than pointing to “clopening” horror stories proves big box stores cause poverty.

The administration may be tone deaf, but the requested changes won’t do much to combat the problem. They’ll probably create negative unintended consequences, like raising tuition and discouraging top students from attending the school.

I don’t doubt that the south has problems with racism, along with many universities around the country; the problem is just overstated.

On demands to add more “diverse” professors and students:

Faculty decisions on campuses are already extremely-regimented, in part because of the hands-off, “every-teacher-is-a-saint” manner in which we treat education in America. Inserting more politics into the process will only create new problems.

As for increasing diversity among the student body….

If you want more minority students, the answer is simple: tell those students to get better grades.

(For comparison, annual acceptance at the Ivies and other elite colleges is well below 20%.)

In today’s college environment, schools go to great lengths to get their hands on minority students with great grades and extracurricular experiences. I doubt Mizzou has a policy grounded in institutional racism, rejecting minority applicants en masse. if anything, they’ve probably got affirm-action policies that facilitate minority acceptance and enrollment.

Anyone who wants to see more students of color on their campus needs to tell prospective students to look in the mirror instead of pointing the finger at someone else.