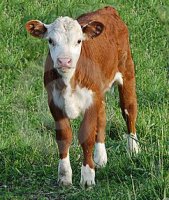 Warning – The following link is graphic (but still SFW). If you’re squeamish, you may not want to read it or watch the videos inside.

“Employee turnover was high and the morale rock-bottom; the animals paid for it in blood. ‘The workers were so stressed that they beat the sows during the weaning process and moved ’em back to the breeding barn,’ Sarah says. ‘Some moms would resist and these guys would just pounce, three or four kicking and punching a sow at once. My first day there, I saw a sow break her leg trying to get back to her young. They shoved her into an alley and left her for a week before someone put a bolt in her head.’”

Sometimes, you need vivid, unvarnished imagery to get a point across.

The workers committing these atrocities are on the lower rungs of the IQ scale, lacking empathy and shouldering a general dissatisfaction with life. I suspect they’ve become desensitized to the suffering of their charges, developing emotional calluses from extended time with livestock. They have to treat these animals as mindless objects to get through their day, lest they consider themselves killers.

If you asked these employees why they behave this way, they’d tell you they were just “doing their job”. Not dissimilar to how Americans treated Japanese-Americans during WWII. Dehumanization of a target is the fastest way to reconcile bad behavior and relieve cognitive dissonance.

So, what can you do to help stop this indecency?

You don’t even have to go undercover.

When you hear that an organization abets this sort of behavior, stop buying from them. And make sure to tell the offender why.

Prioritize the purchase of meat from humane companies. Cage-free chicken etc. Yes, it will cost more, but at least you can sleep at night knowing you’re not contributing to the problem. Easy for me to say as a third-party, yes, but you’ve got to decide what’s most important to you.

Call me old-fashioned, but I don’t want to see 50 chickens stuffed into a crate that could barely house a Labradoodle.

Some may take this to its logical conclusion—a push for Veganism. I don’t support that and never will. Non-meat, non-dairy diets are less healthy and fulfilling than omnivorous diets and there are relatively-humane (albeit expensive) alternatives for meat out there. No need to take a vow of carnivorous abstinence.

Animal abuse in the meat industry (and elsewhere) should be outlawed.

So, how do we define “ethical” treatment?

To paraphrase an infamous court ruling, “we know it when we see it”.

Animals, even the undomesticated, experience pain and loss like we do. At a minimum, we owe them humane treatment while they’re in our possession.

The only way this problem gets addressed is if enough voters raise hell,
and even then, people will have to decide that spending a few more dollars every week is worth the humane killing of animals. We don’t need anyone else treating a cow’s head like it’s a carnival game.

Government agencies are always several steps behind, so you can’t count on them for assistance. The most effective way to stop animal cruelty in agriculture is to vote with your dollars—avoid the bad guys and support the good.

How do we do identify who’s who? It’s not easy.

It would help if these undercover investigators could out more of these slaughterhouses by name, as well as the companies purchasing from them, but they’re already fighting an uphill battle. Financial and political muscle backing these transgressors keeps much negative press at bay. Rather than searching for every company that tolerates animal abuse to cut costs (a tough task), you can search for supermarkets and brands that only patronize humane meat producers.

Thanks to consumer ignorance/indifference and “look-the-other-wayers” like the USDA, ag-torture remains largely unabated. Animals —including your domestic pets—are considered property in most jurisdictions, so cattle have few rights or the legal standing to protect their own interests.

There are activists looking to change that.

What Kentucky Fried Chicken Can Teach Us About Saving Wildlife

How to Make Money by Going Against The Herd: An Underdog Story