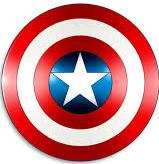 National holidays have inspired posts from this blog in the past.

In the spirit of Independence Day, here are three national policy changes that Americans should be fighting for.

Not talking about slots—which are everywhere—-I’m talking about table games (Blackjack, Poker). Not the watered down “video” versions of these games, but real live cards and dealers. There’s no reason those games shouldn’t be in more casinos.

People break the speed limit on the highway with regularity; it’s a victimless crime. If you crash into someone or get caught by the cops, you pay the price. Otherwise, no one cares that you’re speeding.

Can’t say the same for theft, murder, and other activities that truly deserve to be labeled as “criminal”.

Laws that don’t arouse a moral aversion in citizens (e.g. speeding) are likely to be broken. Again, who is the victim? Laws that garner minimal support are those we should examine closely for repeal.

I’m not even going to take the “Poker is a game of skill” stance to argue this point ( short-term = luck; long term = skill). This is an appeal to freedom of choice. If somebody wants to lose their paycheck playing online poker, that’s their prerogative. It’s a form of entertainment, like going to the movies or out to the theater. You’re trading cash for an experience.

It’s usually the tale of some down-on-his luck gambler that people point to and say “You see?! Gambling is harmful to society. Look at this poor guy.”

Fear mongering at its finest. 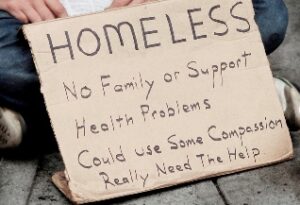 Imagery steers discourse on gambling, but should it be this way?

It’s a battle of ideology: Do you believe people should be free to do as they please as long as they don’t infringe on the liberties of anyone else or are you a member of the “people should only have what is good for them” camp?

While there is genuine concern for the welfare of others, people often support the punishment of vice because they like feeling morally superior to others (although they’d never admit it). Implicit in that stance is the belief that others are too stupid to make their own decisions.

It’s Paternalism; erect artificial floors and ceilings that prevent people from rising too high or falling too low.

The government already sponsors gambling, with commercials for state lotteries running daily. Criminalizing other non-violent forms of gambling is the height of hypocrisy. If people want to wager on an NFL game, that’s their business, not the government’s.

Remember, the government exists to serve American citizens, not the other way around.

The government should be in the business of national defense and performing tasks that individuals could not perform on their own (running the legal courts etc.),not legislating taste.

A number of states allow citizens to have a very small amount of narcotics on their person and other states have legalized the drug outright. Many people have no problem with it; its use is an open joke in many circles.

The cost to house individual inmates is exorbitant and we’re wasting money and manpower hammering an industry that’s in demand. Legalization would pull the rug out from under organized crime and allow us to put those billions of taxpayer dollars to better use.

“But if we legalize street drugs, won’t we create a new wave of drug addicts?”

Sure, there will be some people who try drugs for the first time because they are legal, but most people who aren’t using now will still abstain. It’s not like trying a new style of pizza; there are real ramifications to drug use–even if it’s legal. The people who are already using will be able to do so in a safer manner without having to risk imprisonment.

Critics who predict chaos post-decriminalization said the same thing about guns in Texas and that place still hasn’t turned into the O.K. Corral.

Treat street drugs like alcohol: 21 and over to buy/use it and you face punishment if you operate a motor vehicle under the influence. Like cigarettes, it may make sense to tax it at a rate higher than other consumer goods if it represents a net-loss to society. No significant funding should be mandated for taxpayer-funded rehab centers; that should be the work of private organizations and charities. The consequences of consuming drugs would be placed squarely on the individual, not subsidized by fellow Americans (that should go for corn syrup and other corporate subsidies as well).

Again, the intellectual dishonesty here is galling. A lot of people support the legalization of “soft” drugs like Marijuana, yet decry casino gambling under the guise of preventing moral and financial harm to participants. If you’re going to take the “it’s harmful to society” stance on gambling, you should do the same on street drugs—if you want to be ideologically-consistent, that is.

Too many people want to use the government as a means of imposing their value system on others. Let people live as they choose, as long as it doesn’t pose an immediate threat to another’s autonomy and tranquility.

3) Legalize The Sale of Human Organs

Yeah, this will evoke a visceral reaction in some.

I’ve already touched on this in two previous posts: Give people the incentive to solve a problem and it will get solved.

Allow people to trade their organs for other resources. Maybe a student with two good kidneys opts to sell one to a rich person. A person who desperately needs a transplant receives one and someone who needed money gets it.

Here’s the most common objection to the trade of organs:

“But how do we stop wealthy fat cats from taking advantage of some poor, disadvantaged person?”

First, stop making assumptions about the participants. It’s easy to cast aspersions as a third-party with no stake in a transaction; the people involved are in better position to make decisions about their life than you are.

Laws should be used to uphold rights, not endorse propaganda. 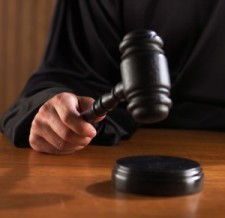 Establish procedures that protect people who sell their organs. No one under the age of 21 can enter a contract to sell an organ without the permission of a guardian. Ensure that all parties understand the dangers inherent in major surgery. Everyone should enter organ transactions with their eyes wide open.

Instead of driving the activity underground, encouraging participants to take shortcuts in an already-dangerous operation, make it legal. Let hospitals handle the operation like any other medical procedure, not in some make-shift operation room in South America.

It’s unethical to prevent people from selling their organs just because some Americans are squeamish. It robs the afflicted of the dignity of choice, wresting the power from their hands and placing it in the mitts of the government and voting public.

Transplant waiting lists are a mile long and we’re preventing people from pursuing mutually-beneficial transactions that could save their lives. People who oppose an organ trade market paint pictures of wealthy curmudgeons harvesting organs from orphan children. Or, we hear that people shouldn’t be paid to donate parts of their body. they should do it out of “the goodness of their heart”.

Self-interest makes the world go round, not charity and altruism.

When there’s a shortage of something, tinker with the incentives and the problem usually works itself out. Not enough people donating organs? Try offering $20,000 for a kidney and see if that doesn’t change things.

At some point, idealism has to take a back seat to results.

Meanwhile, thousands of people are dying each year because they can’t get an organ transplant. We forget about the people who could be saved because their stories aren’t receiving media coverage or galvanized by hyperbole. No advocacy for the faceless victim.

The people who could benefit from buying and selling organs are collateral damage in a clash of politics and self-righteousness.

Bans on individual choice almost always boil down to censorship; some voting contingent thinks an activity is objectionable, so they campaign for laws to prevent others from indulging.

While each of these policies presents potential negative externalities, It’s the principle of autonomy we should be championing, the idea that Americans should be free to choose, not comply. Activities should be criminalized if they present a legitimate, immediate danger to society at large (e.g. driving without a license), not to cater to influential voting blocs.

In thirty years (hopefully), people will shudder at these policies the way we do with school segregation and Prohibition in the 20th Century:

“What were they thinking?”

Why Your New Year's Resolutions are Doomed to Fail
What Kentucky Fried Chicken Can Teach Us About Saving Wildlife
Why We Shouldn't Be Surprised When Great Players Make Horrible Executives: The Halo Effect