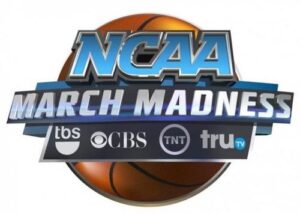 The NCAA Basketball Tournament is upon us again. It’s one of the few times I actually watch college basketball.

It’s the start of bracket frenzy.

While last year’s results were disappointing, the strategies I’ll employ in my pools haven’t changed. In bracket pools—and life—, you get the best results when you keep one eye on what everyone else is doing.

I use a few elements of game theory to guide my choices. I’ve managed a respectable showing over the years in tournament pools.

On to my bracket and notes on strategy……[[MORE]]

If you’re in a pool with 300+ entrants, the optimal bracket is one of the following:

(By optimal, I mean a bracket that maximizes your chances of finishing with a high score, not the most correctly picked matches: there’s a big difference between the two.)

Smaller pools call for a more conservative strategy, heavy on odds-on favorites with fewer crazy upsets. With only a few competitors to beat, it’s more about selecting teams with the best odds of winning each matchup than bracket differentiation.

Of course, the scoring setup of your pool is critical. Bonuses for correctly predicting upsets should encourage you to select lower-seeded teams matched against higher seeds who aren’t prohibitive favorites, especially if you don’t have that higher seed going far in the tournament.

—One of the #1 seeds is Wichita State, a mid-major who made a deep run last year.

They went undefeated in the regular season, facing an unspectacular group of opponents. A quick look at their region shows a (justifiably) difficult draw that should tell us more about the quality of the Shockers.

No surprise I don’t have Wichita State making the Final Four.

—Don’t get bogged down by stats when making your picks.

Most of the figures bandied about are red herrings, confuse correlation with causation, and/or feature anecdotal evidence and personal bias.

How does one predict upsets? I don’t know and don’t pretend to know (at least, with any conviction).

Even those who make a living from sports prognostication know it’s an inexact science.The nation at large doesn’t know what stats most accurately predict wins in the NCAA Tournament; it’s certainly not from lack of trying.

And knowing is half the battle.

There are people with impressive resumes posting their predictions; you might give those some credence. With an understanding of Statistics comes an increased ability to pluck useful information from the sea of noise.

No matter how much research you do it’s still a guessing game, especially in a field with with no clear-cut favorite.

—Many people are looking to Las Vegas for their predictions.

Not a bad idea. Some of the sharpest minds in the nation can be found there

A quick word on how sports odds work…

For example, if they see that a #1 seed received an opening betting line of “-10” against it’s first opponent, they think that means the oddsmakers believe the #1 seed will win the game by ten points.

Vegas odds are a barometer of public opinion, a measure of what the public thinks the chances of a team have of winning.

For most sporting events, the opening betting line for a given team is the number at which the oddsmaker thinks half of the betting public will bet one way and half the other way. It is not a prediction of what the oddsmakers think the result will be.

That’s why betting lines on teams are adjusted up and down throughout the week leading to an NFL game. If too many people are betting on one team to cover their side of the spread, the sportsbook will create more favorable buying prices for the opposite side of the bet in order to shift betting closer to 50/50.

Why does the sportsbook change the betting line?

They do this to mitigate risk, ensuring that the people operating the sportsbook make money no matter how the game turns out (bettors have to pay a fee to place a bet–i.e. betting $110 to win $100 on a wager).

The individual matchups in the NCAA tournament (e.g. #3 Duke vs #14 Mercer) feature this wager system; the list of betting odds for each of the 68 entrants to win the national title works differently.

(This quick foray into sports betting should prove useful next time you see a bunch of numbers in the paper next to your favorite sports team. Some might find talk of gambling unsettling, but we shouldn’t always run from discomfort.)

So how will the tournament shake out?

Most people—myself included—are just taking a stab in the dark. That’s part of the fun of participating in any NCAA Pool. My 2013 bracket went down in flames before the 2nd weekend.

Hopefully, there won’t be a repeat of that this year.

Guest Spotlight: Courtney Mason
How Can I Tell If She's Interested?: Reading Female Body Language
Are you "Word Smart" or "Body Smart"?