Wrote a guest post over at PaulCBrunson.com on five practices women can use to elude social and professional failure.

In an increasingly impersonal world, a deft touch with people is exceedingly rare. Women, especially, are expected to hold their own on the social front on every occasion. It’s not hard to get in your own way, fumbling away a chance to land the right guy or advance your career. Every day brings new opportunities to put your best foot forward.

Here are a few suggestions for doing just that.

1) Introduce yourself to someone new

Meet one new person at every function you attend.

This is easier to accomplish if you’re part of a smaller group, say two or three people, instead of a larger one. There’s more motivation to explore the environment and meet new people.

It also increases the chances of someone introducing themselves to you. Approaching a big group of people you don’t know is intimidating.

Introducing yourself to just one or two people? Much less so.

There are ways to combat social anxiety and dedicated practice only makes it easier. Besides the benefit of adding people to your personal network, you sharpen observation and conversation skills as well.

Soon, you’ll realize initiating conversation doesn’t have to be terrifying. It puts others at ease and confers a certain level of respect on the person doing it. Hunker down with a group of people you already know and you’re missing out.

Women can take the initiative while still being graceful and congenial; no loss of femininity required.

The line between confidence and obnoxious aggression is wider than you think.

Much of our body language is involuntary, but if you’re aware of some of the signals you’re sending, you can project the image you’re looking for. Better still, you can identify the people most receptive to your message.

We want to avoid ‘square peg/round-hole’ situations where personalities and interests don’t jibe.

Paul touched on this in his “don’t fall in love with potential” post. You can be enamored with the IDEA of someone or something, but shouldn’t force what isn’t there. Rocky relationships stay rocky until the underlying problems are addressed (and many of those issues are intractable). Even if you invest in a long-term relationship with someone in the hopes that it’ll work, you’ll be miserable. 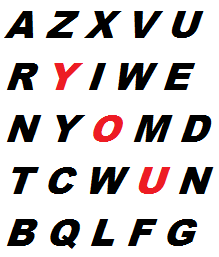 Adversity does not build character—it reveals it.

While you’re spending your energy maintaining the illusion that this is your ideal partner, the real you will lurk just beneath that veneer, itching to emerge.

It’s the same Sunday night anxiety suffered by millions around the world, knowing another frustrating work week awaits them on Monday. The sooner you stop swimming against the tide, the better.

Your body is telling you something: listen to it. The fact that we’re notoriously bad at predicting what will make us happy should be enough cause for concern.

If you’re marrying for money, to quell social pressure, or maintain appearances, you’re setting yourself up for disaster.

Focus on other people. Ask them about themselves, what they like. Don’t monopolize the conversation or carry on about topics only you care about. People like talking about themselves and what’s important to them. Self-absorption seldom wears well.

You stand out by actually listening to what others have to say, instead of just waiting to talk (like most people).

How to lose friends and business deals.

Knowing what people want does not hurt, either.

I’m going to offer a solid piece of advice. It might hurt some feelings, but it’s the unabashed truth.

I don’t mean “I like the bangs on your new bob” low.

I’m talking about “Did you just get a Dark Caesar at the barbershop?” low.

Some women can pull those super-low cuts off, but it’s a dicey proposition. Yes, you do save time and money on hair care, but it’s just not a feminine look.

Physical attractiveness is a prerequisite for lasting relationships and carries a fair amount of weight in the office, too. All the more reason to stay in shape and take care of your appearance.

It may sound superficial, but that’s the world we live in.

Rock a low-cut at your own risk.

This one’s a corollary to number three.

You’d be surprised how much impact you can have with a small gesture. Do something for someone without any expectation of a reward. Ask them about their day or offer to solve a problem. It could set in motion a series of positive interactions and you never know where that might take you.

The psychological principle of Reciprocity—people feel compelled to do something for you when you’ve done something for them—weighs heavy here.

Again, people love to talk about themselves and love it even more when someone is willing to listen (so much so that it’s a driving force in an entire industry).

A sympathetic ear will always be a valued commodity.

Establish a reputation for being thoughtful and genuine and you’ll be known for providing great company.

Practice smiling in the mirror. Seriously.

We’ve already discussed the importance of body language in your daily interactions. Put your best foot forward by putting your best face forward.

Actresses worth their salt have perfected smiling on command. No reason you can’t do it, too.

How do your cheeks feel? What position is your mouth in? Any movement of the eyebrows? These are the kind of questions you should be wrestling with while practicing so you can throw out the perfect smile on cue.

The physical act of smiling is also a proven way to elevate your mood. People who look happy are easier to approach and when someone smiles at us we naturally smile in response, creating a positive self-fulfilling prophecy. Flashing a smile is the quickest way to disarm strangers and set the stage for positive interactions.

Like many things in life, a little effort and forethought is often enough to separate you from the crowd. In addition to wielding an ever-effective social lubricant, you’ll be able to take pictures without looking like a serial killer.

Why You Shouldn't Fret When The Rich Get Richer: The Fixed-Pie Fallacy
How Many Calories Do You Really Need?
Tumblr's Most Wanted: How To Add A "Related Posts" Function To Your Tumblr Blog 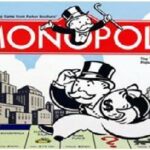 Life Lessons I Learned From The Game of Monopoly

Don’t Be Afraid To Ask For What You Want

You Can’t Make Them Love You (Part 1)