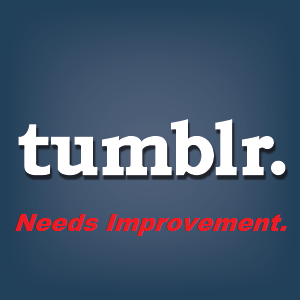 Cross-promotion of articles within a blog is one of the strongest generators of website traffic.

One of the biggest shortcomings of the Tumblr platform is the absence of a feature highlighting ‘related posts’ on a blog. Something that steers readers towards content they may like based on what they are currently reading on your website.

I was strongly considering switching to another blogging platform because of the absence of this feature—I’m sure I am not alone.

Along with a built-in comments function (no, Disqus does not count), a ‘related posts’ option is one of the most glaring deficiencies in the Tumblr interface.

Kudos to web developer Dominic Claxton for creating a solution:[[MORE]]

His code creates sleek, unobtrusive design that jibes with your Tumblr theme and looks infinitely-better than the cookie-cutter options floating around on the internet.

Like Linux, much of Tumblr’s appeal is attributable to it’s open-source, “take a penny-leave-a-penny” design model. They provide a blank canvas for talented coders and designers and get out of the way.

Unfortunately, there are times when that isn’t enough.

Good companies anticipate problems before they disrupt a customer base. Keeping one’s ear to the ground wards off threats to sustainability and fosters good public relations.

We get ahead of the competition when we enhance our most productive assets, not toy with the superficial. Instead of repairing the broken minute hand on the clock, Tumblr decision-makers are worried about the color of the numbers on the face of the clock.

If you build it, they will come…but they won’t stay if you piss them off. 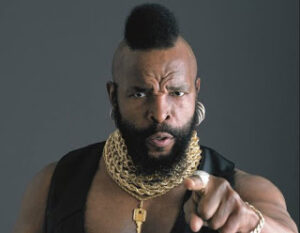 We all pity the fool who makes change for change’s sake.

I’ve made many changes to the look and function of this blog using my knowledge of html and css, and it hasn’t been easy. How much more frustrated is the average user who wants point-and-click functionality without having to take a course in web design?

If anyone at Tumblr headquarters is reading this, make a comment section and ‘related posts’ function standard options on the dashboard ASAP—it’s costing you money.

Google, you are on notice, too. The new ‘compose’ setup on gmail is awful.

Legends of the Past vs. The Stars of The Present
The Number One Reason You Fail to Accomplish Your Goals
The N.Y. Times Covers My Latest Story: Wrestling With eBay Over Business Ethics (Part 1)

Protecting Your Valuables From Hackers

Seen, Not Heard: What We Learned From Reggie Rose’s Unwitting Kamikaze Job on Derrick Rose

Studies On Happiness (and how they can boost your business)