Tom Naughton was one of the early supporters of Just Tap The Glass. If you haven’t watched his documentary, Fat Head, you should do so immediately. It’s as entertaining as it is informative.

I’ve discussed the benefits of higher-protein eating and debunked some of the hysteria permeating the food industry in the past. Fat Head takes an in-depth look into the food industry and it’s impact on the lives of Americans.

I’ve invited Tom here to tell us more about himself. 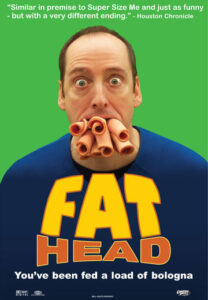 Tell us a little about yourself, Tom. (Where are you from, your background, anything we might find interesting about you etc.).

I’m a 53-year-old guy who’s had more careers than any sane person should:  writer for a health magazine, actor in commercials and business films, traveling standup comedian, software programmer, and now documentary filmmaker and blogger.

How did you come up with the name “Fat Head”?

I was struggling to come up with a title, and then I was reviewing some footage in which Dr. Mary Dan Eades, who appears in the film, was explaining how important fat is for the brain.  The brain is made mostly of fat, and as she put it “When they call you a fat head, they’re not kidding.“  At that point, I smacked my desk and said, “That’s it!  That’s my title.”

Your film on the food and health industries was one of the more critically-acclaimed documentaries in recent memory. What’s the story behind the project? How did it all get started?

I actually set out to do something totally different.  I had an idea for a TV show called In Defense of Common sense, in which a comedian (me, of course) would take on various issues.  I started mapping out a pilot episode on how we treat fat people in society, then watched Super Size Me for the first time as part of my research.

By the time I was finished watching it, I had already decided to shoot my own documentary reply instead.

Once I started doing research into nutrition and health for Fat Head, I realized how much of what we’ve been told is just plain nonsense, so the film took an entirely different direction as I worked on it.

Morgan Spurlock’s wildly-popular “Super Size Me” set the bar for health documentaries in the 21st century. Early in your film, you questioned the integrity of his experiment. Did he or (anyone from his camp) ever respond?

No, but I wouldn’t expect them to respond to me.  They’d just be giving me free publicity.

Your film fuses dietary information, statistics, and comedy writing. Were you ever a writer or comedian?

Both of the above.

Some of the nutrition information presented in your film flies in the face of conventional health advice of the last 50 years.  What are some common responses to your documentary?

People either love it or hate it.  The anti-fat hysterics hate it, of course, since the film makes the point that fat was never the problem.  I’ve heard from hundreds of people who changed their diets afterwards, lost a lot of weight, waved goodbye to some nagging health problems and feel great, so it’s pretty easy to ignore the negative comments.  I probably receive 20 per week from people thanking me for making Fat Head.

Do you have any unique or unusual talents?

I don’t think anything about me is unique.  I do have a talent for taking complex topics and explaining them in a way that people can understand, with a little humor mixed in.

What is the best advice you could give other aspiring filmmakers pertaining to skill development and promotion?

Get busy shooting something and don’t worry about making mistakes, because you will make mistakes.  That’s how you learn.   Find some films you admire and really analyze them, break them down scene by scene, ask yourself what works, what it is about this film that made you want to keep watching.

Where can we find more of your work? (website etc.)

The best place is my blog, www.fathead-movie.com. I write several times a week on that site, and we have a lot of interesting discussion in the comments section. 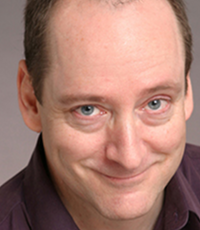 Forget What You Know About Cholesterol and Heart Disease

Red Meat Does Not Cause Heart Disease or Cancer