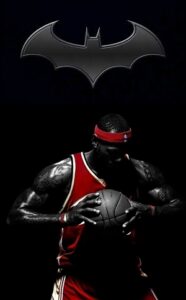 June is here and a squad led by LeBron James is still in the hunt for the NBA Championship.

The more things change, the more they stay the same.

Check out this graphic: 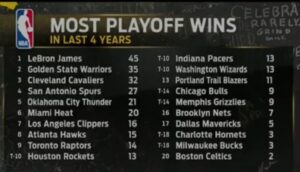 LeBron has won more playoff games than any player or TEAM in the NBA over the last few years. The guy’s made seven straight NBA Finals—an unrivaled accomplishment in the modern era.

To those who would counter with “Bill Russell won eleven rings in thirteen years”, save it. The level of competition wasn’t the same in those days and the lack of free agency made it easier for teams to stockpile talent for years on end.

Just getting to a championship series is a feat in itself, one which many fans are too quick to dismiss. The gym work, perseverance through injury, and production no matter who he’s surrounded by are a testament to James’ desire to win.

The Buffalo Bills of the early 90′s are a good parallel here. You don’t just roll out of bed and get to the Super Bowl four years in a row. It takes dedication, great scouting, and sustained excellence. A loss in the title game does not a loser make, no matter how it’s spun in the media. 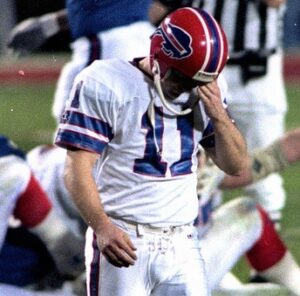 Not going to bore you with the x’s and o’s on LeBron. Dude is bigger, stronger, and more skilled than his counterparts. His basketball intelligence is otherworldly and his willingness to share the ball is why star free agents and aging ring-chasers flock to play with him.

His commitment to all phases of the game is readily-apparent in his physical conditioning and uncanny recall of opponent tendencies. Fourteen years in to his professional career, he remains a superlative defender. 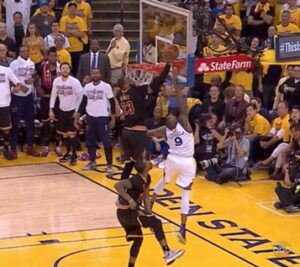 James’ defense is a big reason I could never get behind the media’s anointing of Stephen Curry as the league’s best player in 2015. Many fans and commentators make this mistake, ignoring this side of the ball because it doesn’t occupy a prominent place on the box score.

We’re infatuated with flashier elements of the game that have a dubious impact on winning and losing.

Even as a hall of famer, Dennis Rodman never gets the credit he deserves. An elite athlete among elite athletes, The Worm could defend every position on the floor with aplomb. Because he never put up big scoring numbers, his name will never be mentioned among the greats.

That’s a shame, really. And, ironic, given how many fans fancy themselves expert analysts. The beauty of Rodman’s “dirty work” is missed by all but the most astute students of game. Rebounds that lead to extra possessions for your team and reduced scoring efficiency for the opponent’s best scorers—they don’t get you a shoe deal, but they put wins on the ledger.

Anyone who has ever picked up a basketball will tell you there are few experiences more infuriating than playing with a teammate who cannot–or will not–play defense. They’re often the same guys who love to hoist bad jumpers and show off moves they stole from an old And1 mixtape.

There’s a reason why Kobe and Carmelo had trouble luring free agents to play with them, despite having glamour locales like NYC and Los Angeles as their backdrops. What big-time player wants to join a team with a ball-dominant player not known for distributing the rock? Your stats are going to drop—which could impact your next contract–and the game isn’t as fun.

“Just stand over there and don’t get in my way.”

Which brings us back to LeBron….

If his on-court accomplishments weren’t enough to refute any naysayers, the fact that he brought a major sports title to the city of Cleveland–a city synonymous with sports ineptitude–seals the deal.  Cleveland fans, the same folks that once savaged him for exercising the same freedoms they take for granted, are witnesses to the once-in-a-lifetime tour de force that is LeBron James.

Not to single out Cleveland for their behavior, since many self-centered sports fans around the country would have done the same. They just need to be called out for the way they treated James his first go-round.

For the first seven years of LeBron’s career, Clevelanders got an up-close-and-personal seat to one of the most entertaining shows of all time. Through no virtue of their own, either—they just happened to win the draft lottery the year he was available. Absent that stroke of luck, The Cleveland Cavs probably suffer through another wasted decade in the 2000′s, piling up one forgettable season after another.

LeBron hits the scene in 2003, gives them seven years of lights-out basketball, and Cleveland has the nerve to curse the guy when he decides it’s time to chase his own dream of sports immortality. 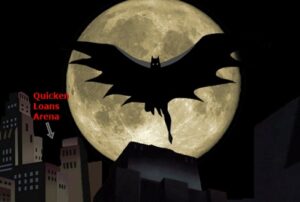 He’s the hero [Cleveland] needed, but not the one they deserve.

“It’s not THAT he left, it’s HOW he did it” and other mating calls of irrational sports fans….that gets me going. All the hypocrisy and simplistic finger-wagging surrounding LeBron James’ decision to leave Cleveland in 2010 was one of the reasons I started this blog in the first place.

In a league where winning titles trumps all, critics haven’t been able to halt his ascendance. Potshots at his character and specious narratives fueled by revisionist history are the canaries in the coal mine: detractors are running out of material to deny LeBron his place on basketball’s Mount Rushmore.

The fact that the most knee-jerk reaction to put ‘bron in his place is to compare him to Jordan tells you all you need to know about how special he is.

LeBron’s career arc is a modern day success story. A guy from humble beginnings who rose to dizzying heights despite the general incompetence around him.

Eleven times James has taken home All-NBA First Team honors, tied for most in league history, and he should have the stage to himself by this time next year. He’s a no-doubt top-five player of all time and many more basketball heads than are willing to admit publicly would choose him over Michael Jordan if they were starting a team from scratch.

LeBron is going to get his chance to further cement his legacy as a once-in-a-lifetime player when he leads his squad against the four-headed juggernaut that is the Golden State Warriors. 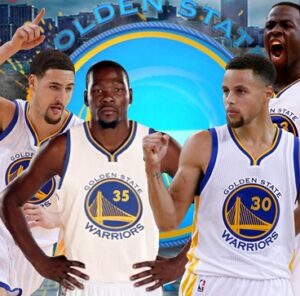 Durant, Curry, Green, and Thompson: That’s an all-star lineup packed in to one squad. Throw in Andre Iguodala, Livingston, and an unfairly-maligned Javale McGee and you’ve got a team with few discernible weakness. LeBron’s got his own reinforcements, but we know who is going to be doing the heavy lifting if Cleveland’s going to repeat.

James is head-and-shoulders above any one of Golden State’s four horsemen, but can he find a way to defeat their combined might?

A preview of this year’s finals?

The series fans have been waiting for since last summer is finally here.