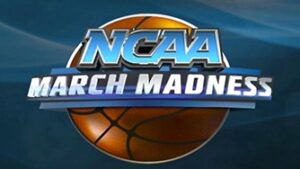 March Madness is here again. Let’s get to it.

But first, let me get this out of the way….

If you’re one of the ten people in America filling out a women’s bracket, roll with UConn.

That was a tough one.

UConn vs. The Field.

If you’re betting against The Huskies’ drive for five, take one of the #1′s from the other side of the bracket, Baylor or SC. That delays a match-up with the prohibitive tournament favorite as long as possible, inserting more chances for injury, fatigue, or the vagaries of the game to weaken Uconn. With any luck, some other team knocks off the Huskies before the Final Four.

How can a top women’s basketball program manage to do what the men can’t? Why don’t we see 21st century blue bloods like UNC or Duke reel off fifty wins in a row on the men’s side of the ledger?

The talent disparity in the women’s game is much starker than the men’s.

The biggest reason for that is the physical differences between the genders. Because women have less muscle mass/length/height than men, each individual unit of athletic ability has a greater marginal impact on a player’s overall ability.

In other words, the percentage difference between two units of horsepower and four units compared to twelve units and fourteen units is much greater. When you’re dealing with fewer units of “ability”, each additional unit added to the mix has an inordinate effect on the competitive landscape..

Bigger fish in a smaller pond.

In the men’s game, the differences in physical ability between top teams is minimal, There are many more men in America playing basketball than women, which amplifies talent gaps even more.

When there are few, if any, true above-the-rim athletes roaming the hardwood, a couple extra inches of height or quickness weigh large.

A women’s team that can pair just a few of these 97th-percentile players on one team can enjoy years of unchecked brilliance. Few squads have the firepower to counter a collection of elite female athletes and there’s only so much great coaching can do to level the playing field. 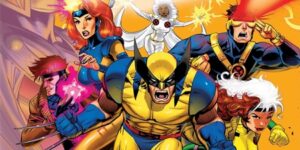 If your program lacks an elite recruiter, you might as well change your name to “The Washington Generals”.

Now, on to the men’s bracket….

(Note: All of the following presumes you’re operating in the standard bracket scoring setup that rewards increasing points as the tournament progresses.

If you’re in a pool that gives bonuses for upsets or some other unorthodox scoring system, adjust accordingly.)

Every year I publish my bracket and suggestions for winning your own pools.

The strategy that gives you the best chance of taking down a large pool remains the same, so much of the advice mirrors that of previous years.

I’m no expert on college basketball and I only watch NCAA ball during the tournament. Ironically, my lack of interest in the college game doesn’t disqualify me from giving advice on picking a bracket. I know what it takes to win these sort of “roll-the-dice-and-pray” competitions, especially when no one you’re playing against has a marked competitive advantage over the rest of the field.

If you’re in a pool of any reasonable size, you’re unlikely to win.

Once you’ve got the right mindset, it’s easier to produce a bracket that maximizes your chances of winning. Given the slim odds that any single entry has of winning a large pool, the importance of differentiation cannot be overstated. 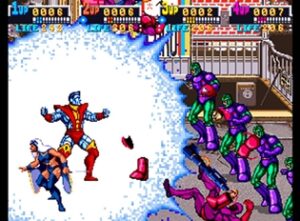 That’s where “risk” comes in.

If you’re playing in a small office pool, you can ignore this advice. Stay conservative. You don’t have to take nearly as many risks because there isn’t that much opposition.

Play in a big pool, however, and you’ve got to venture out on a limb.

In a competition where most of your competitors are likely to have the same few picks in the Elite 8 and Final Four, the spoils ain’t going to the risk-averse.

Unless you own a crystal ball, the best long-term success goes to those who adopt one of the following strategies:

Both of these strategies infuse risk in to your bracket, instead of going “chalk”, like most of the nation.

The best path to winning a big pool is to gamble on plausible upsets, stepping out on a limb to gain an edge on competitors. The talent gap between most tourney teams is minimal, outside of the big dogs, so you might not even call it an upset when some of the lower seeds win.

The most frequent cognitive bias in bracket selection is getting caught up in seed numbers. As difficult as it is, you have to try to ignore gaps in seeding (e.g. #4 vs. #13) when filling out your bracket. If some of the available data says your #14 seed has a legitimate chance to topple that #3, roll the dice.

That move is even more enticing if you don’t have the winner of the match-up winning its next game.

If you make a correct pick, along with 95% of the nation, you don’t gain much. Correctly call an upset, however, while everyone else gets it wrong, and that’s a big step forward.

Remember, the chances of your bracket winning a big pool are remote to begin with. You want to maximize your chance of taking down a huge pot in the event your picks are correct.

You go all chalk and get those right….you’re still likely to finish empty-handed. Most of your competition has done the same and there are probably a dozen other entries who got that SC/Marquette match-up right that you got wrong to edge you out by a couple points.

You only gain ground when you score points missed by the rest of the field.

With most pool setups, it does you no good to finish anywhere but the very top of the standings. 20th place is as good as 200th place.

Give yourself a chance to win by looking for arbitrage opportunities. Shoulder some risk when others are afraid to.

So, who did I pick to cut down the nets?

I had a strategy for selecting the winners of each game throughout the bracket….

When I didn’t feel strongly about either team in a match-up, I used three tie-breakers:

1) Who is America picking?

If the teams are relatively-even and 80% of the nation is leaning one way, I’m rolling the other way.

Look at the location of each match-up. Many of the games are being played in the backyards of some of the entrants.

If a team is less than three hours away from its home arena, that’s a de-facto home game. In college sports, home field advantage is much more important. You’ve got teenagers playing under the bright lights for the first time with rabid fans doing everything they can to unsettle them.

3) Does the team have any dominant bigs, particularly those who block 1+ shot a game?

A team with great bigs can always dump the ball down low when shots aren’t falling from deep. Rim-protectors can impact the other offense as well, forcing guards to settle for tough jumpers.

I forgot this key element of basketball when I jumped on the Iowa State bandwagon a couple years back.

Good luck, folks. The first day of the tournament is an unofficial holiday for a reason.