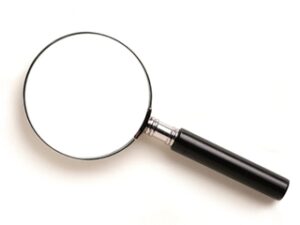 The deaths of celebrities Chyna (WWE) and Prince earlier this week touched off a series of conversations. The slaughterhouse that is professional wrestling, (especially during the 20th century, when 300+ days on the road was the norm); The “Prince vs. Michael Jackson” argument; Life’s inherent fragility.

The concept of “Witnessing”, the act of sharing one’s religion with others, came to the forefront. To what degree should tolerance play a role in how we discuss opposing religions? Is it acceptable to take a strong stance against views that clash with your own?

The following is my response to a comment from a friend, who suggested that it was close-minded to draw lines in the sand when discussing religion, specifically, on why Christianity and Catholicism are not one and the same.

I used religion as a springboard to a bigger concept.

Note: Let me be clear: I’m not pushing Fascism or backing hate-mongers purporting to be Christians.

I’m talking about the ability to share a message free of the equivocation so often found in lukewarm media. The courage of conviction, without the myopia that so often accompanies it.

Why We Need To Adopt a Clear Stance On Religion:

Catholicism has a number of tenets–including updating religious principles to fit the times–that clash with what is written in the bible and inferred from biblical principles.

Just because an idea is socially-fashionable doesn’t mean it’s true.

I don’t deride Catholicism because the religion differs from my own; I condemn it because it’s leading people to a dead-end. When exploring something as important as “Who is God?” and “What did he say about building a relationship with him?”, it’s important to share the truth loud and clear.

In the same way, on issues of importance, tip-toeing does no one any favors. You owe it to people take a clear stance when the truth is in dispute.

Note: This does not mean silencing discussion or condoning self-righteousness. Questions and curiosity should be encouraged.

Anyone who supports censorship to quell opposition is an enemy to us all.

If you’re watching someone moving towards an accident, there’s nothing more loving than saying “Hey, you’re headed for trouble.” It’s actually a mark of selflessness.

Sharing a message–knowing full well you might be ridiculed for it—because you care about someone else’s well-being more than your own social standing is admirable.

(The points on why Catholicism and Christianity are not one and the same can be defended by what’s found in the bible.)

That excerpt is a great segue to the main point of this post: courage in conversation.

If you don’t have the courage to share the gospel with others, what does that say about your faith?

“Ye are the salt of the earth: but if the salt have lost his savour, wherewith shall it be salted? it is thenceforth good for nothing, but to be cast out, and to be trodden under foot of men.”

Ironically, one of the strongest supporters of witnessing is celebrated Atheist, Penn Jilette:

Jilette on The Value of Witnessing.

We’re not debating whether the Golden State Warriors are an all-time great team or whether Donald Trump has enough national appeal to carry the GOP banner. We’re exploring a topic with ramifications beyond measure.

It’s okay to be measured in your responses, quicker to listen than speak and slow to anger. There’s nothing honorable, however, about clamming up when you have the chance to help others.

“Now the just shall live by faith: but if any man draw back, my soul shall have no pleasure in him.”

If you have information that can change a person’s life here on earth (and ever after), don’t you you have a moral obligation to share it? Or at least, broach the subject? At what point should a person be willing to subjugate their own immediate desires in pursuit of something bigger?

These are questions that have parallels in business and everyday life.

We can be very quick to shout down those who speak assertively on controversial topics. When the stakes are high, couldn’t we just as easily condemn those who sin by silence?

I’m well aware the world is a dangerous place. In much of the world, differences in theology are still resolved with bullets and bombs. This post is an exploration of the relationship between personal sacrifice and devotion to an ideal bigger than yourself.

Tolerance and acceptance are not the same thing.

You can give an honest listen to ideas that differ from your own without adopting them. If anything, the unwillingness to take a stand on issues of great importance is a mark of low character. 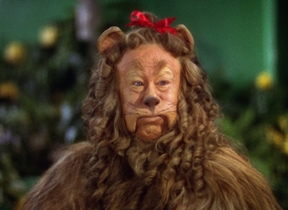 “But Kene, I don’t have enough information on [insert subject] to register a strong opinion. I’d feel more comfortable chiming in if I were well-informed.”

Understandable. A lack of conviction is the product of uncertainty and apathy. You can squash both by stoking curiosity. There’s little virtue in ignorance.

On a macro level, be wary of the lasting damage imposed by always seeking the path of least resistance. Acting in the face of fear builds resilience.

Developing the ability to speak frankly is like lifting weights; embracing progressive resistance will make you stronger over time.

Bold action builds up your Spirit-Man.

When you grow accustomed to running from discomfort, you forfeit a number of opportunities available to those willing to transverse the unknown. It gets that much easier to wilt in times of trial when your soul and spirit are screaming for you to take action.

It’s death by a thousand cuts.

Very few of us will ever have to stare down the barrel of a gun, but nearly everyone will face dilemmas of conscience. The dangers of moral cowardice are ever-present and periodically taking an accounting of your sacred cows provides tremendous value.

Testimonies and Transformations: Man’s Tangle With The Supernatural

Grace: Why You Need More of It