This year’s NCAA Tournament has been a wild ride, upsets throughout the rounds.

As a reminder, my selections for this year’s tournament:

And the methodology behind those choices:

Some notes on the tourney proceedings:

Remember, the goal was to choose a bracket that, if correct through even the Elite 8, was likely to finish near the top of the leaderboard.

We did that, even though the selections didn’t come to pass.

There’s no financial value in finishing respectably—it’s top 15 (out of 600+) or bust.

To give yourself the best odds of doing that, you have to risk a bracket that could finish near the bottom. 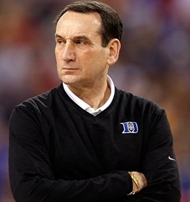 Pour a little out for the homies.

You take your shots and hope for the best.