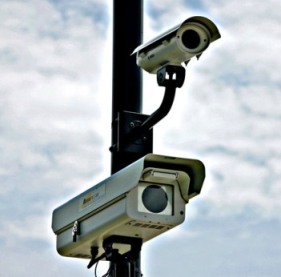 (Note: I’m not against traffic cameras per se; I’m against the using them for ticketing trivial offenses.)

I made a right turn at a red light at an intersection in Queens, NY last month.

There was no sign prohibiting right turns on red.    I saw a flash from the intersection while making the turn. Once I saw the flash of a camera, I knew I would be receiving a letter from the government in the mail, informing me that my wallet was about to be eighty bucks lighter.

This is the kind of abuse people should be fighting against.

In most states, making a right turn at an intersection during a red light is both legal and advisable—it promotes the flow of traffic and reduces congestion, especially if there is only one lane of traffic in each direction.

Any measure that discourages responsible, active traffic flow should be examined with a fine-toothed comb.

Traffic congestion occurs more frequently, since people are afraid to turn on red. With decreased traffic flow comes an increase in pile-ups and other automotive incidents, a function of too much activity concentrated in one area.

Ticketing via red light cameras is ridiculous and short-sighted.

Politicians will tell you the cameras are there for safety reasons, but you are (hopefully) sharp enough to know better.

What really ticks people off is the duplicity coming from these government officials. If they admitted that cameras were there as a revenue generator, I would still be angry, but be less insulted; at least they had the integrity to tell the truth. Hiding behind the “it is for public safety” stance only cements the “dishonest politician” reputation for so many leaders in the minds of so many Americans.

We’d all be better off if more people thought critically.

It costs money for municipalities to operate that monitoring equipment, so once people get wise to the location of those cameras, what was once a revenue generator devolves into a money hole, eliminating the primary value of the cameras in the first place. The monthly fixed cost for operating these cameras mutates into an albatross on the town’s budget.

“But Kene, cameras free the police up to do other work. Someone has to make sure drivers follow the rules of the road.”

Besides, at what point did manning an intersection become a priority for the police?    Cops should only be monitoring the busiest of intersections, areas where accidents are common and foot traffic is significant. Most intersections fall well short of this standard.

The police should be focused more on stopping legitimate crime, anyway.

Remember, the police exist to serve the citizenry, not the other way around. You should always keep a critical eye on those in authority, if only to keep them honest.

Somebody has to watch the watchers

If there is not enough real crime to keep them busy, maybe they should stop campaigning for raises from Joe Taxpayer  every few years.

All of this underscores my point about the true motivation behind traffic cameras: money.

Is there some benefit conferred by traffic cameras? Yes.

Some reckless drivers may think twice about speeding through yellow lights and they do offer additional protection for areas with vulnerable pedestrians (e.g. school zones, homes for the deaf).

Alas, I am not convinced the deadweight loss in traffic flow and community morale is worth it.

The government tries all sorts of tricks to raise money. Hidden taxes, misleading signage, frivolous ticketing; Anything to avoid making unpopular cuts to budgets. Traffic cameras are just the latest round of a never-ending game of “Kick-the-can-down-the-road”.

Of course, traffic camera abuse is just part of the bigger problem of too much government expenditure, not enough accountability, and the unwillingness of the american people to make tough decisions.

But that’s a discussion for another day.