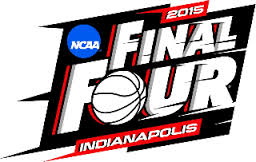 These have been my most successful years in bracket pools, the ones with a standout favorite.

I am rolling with Kentucky.

The team is loaded with NBA talent and two dominant NBA prospects in the post. Most teams are fielding post players below 6’9’’—they will have all sorts of trouble in the paint against the Wildcats.

Since most of the nation is going with Kentucky, I had to find ways to differentiate my bracket from the masses—I’ll explain how below.

If you have read my previous NCAA tourney articles, you’ll recall the best long-term success goes to those who adopt one of two strategies:

Both of these strategies infuse some risk into your bracket, instead of going “chalk”, like most of the nation.

Last year was a perfect example of the merits of strategy #2. People who were bold enough to take Kentucky or UConn last year—traditional powers who were middle-seeds after lackluster regular seasons—were rewarded handsomely.

Notes on my bracket:

I picked unconventional regional winners in Louisville and Iowa State. If either of those teams makes it to the Elite Eight, I’m almost certain to place well in my large bracket pool (500+ entries). That’s because the national bracket has shown that very few people have either Louisville or Iowa State making the final four, even though both teams have a non-minute chance of getting there.

There’s a good chance that neither of those teams makes it to the Elite Eight. I’m aware of that—that’s not the point. I want to pick teams that are underrated by the public, teams that have a legitimate chance of winning but are not receiving much love. I picked a bracket that paired a tournament favorite (Kentucky) with a few significant upset picks in the Elite 8 and Final Four that are unlikely to be widely duplicated in my pool.

You do not want to pick teams with overwhelming odds to advance far, even though that would stand out from the pack. That’s why you would not take this strategy to its logical conclusion and choose #15 and #16 seeds to get to the second weekend. You still have to get the picks correct to score any points.

If you want any chance of winning, you have to field a bracket that stands out from the pack. Unless you can pick winners at a much higher rate than the rest of the nation (unlikely), you are better off fading popular picks when the underdog has even a fighting chance of winning.

Where I shine is the ability to thrive in arenas with incomplete information and treat life as one big series of educated guesses.

The best path to winning a big pool is to gamble on plausible upsets, stepping out on a limb to gain an edge on competitors.    The talent gap between most tourney teams is minimal, outside of the big dogs, so you might not even call it an upset when some of the lower seeds win.

The most frequent cognitive bias in bracket selection is getting caught up in seed numbers. As difficult as it is, you have to try to ignore gaps in seeding (e.g. #3 vs. #14) when filling out your bracket. If some of the available data says your #13 seed has a legitimate chance to topple that #4, buck up and roll the dice, especially if most of the nation is going the other way.

If you make a correct pick, along with 95% of the nation, you don’t gain much. But if you correctly call an upset while everyone else gets it wrong, that’s a huge advantage. 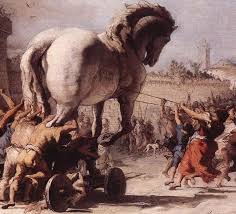 Introduce a little anarchy; you might flame out early, but if you are right, you will almost certainly clean up. That’s what I’ve done with my picks.

Remember, you are trying to pick a winning bracket, not one that finishes respectably; there is a huge difference between the two.

The big rewards are concentrated at the top of your pool. Most of the time, 15th place is no better than 155th place.

Mr. Irrelevant 2011 is a Nigerian
From "The Big Book Of Bad Ideas": NYC Moves To Ban Sugary Drinks
I'm Now On Twitter--- Follow Me

NCAA Tournament 2017: Two Steps to Filling out a Winning Bracket (and a look at the women’s game)