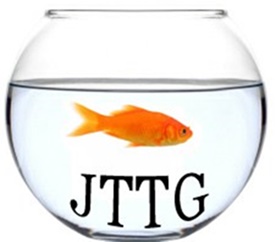 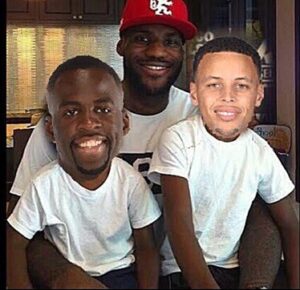 On the heels of one of the most entertaining NBA Finals series in history, a look at LeBron James and the reasons why he’s a polarizing figure:

After an otherworldly performance en route to a fairy tale ending, I’m glad he’s getting his just due as the true MVP of the league. You could make the case that he deserved regular-season MVP honors the last four or five seasons.

The importance of defense is perpetually underrated by the media and fans when evaluating the importance of players to teams. Basketball is a two-way sport; preventing buckets by the opposition is as critical to winning as scoring them yourself. Points are easier to monitor than ball denial and forcing a rival player to take bad shots, so scoring averages are too often given too much weight in determining a player’s value to his team.

For all of Curry’s offensive brilliance, he’s been an average defensive player at best. He’s had the luxury of playing alongside a bevy of all-world defenders who double as excellent shooters, affording the ability to operate in maximum space on offense while checking the weakest perimeter player on defense.

Lebron remains one of the elite defenders in the NBA, and, paired with his preternatural versatility on offense, is by far, the most impactful player in the league.

Alas, no one is immune to criticism in the social media age; people will always nitpick.

The excuse train has already left the station, with some citing a less-than-healthy Curry or the suspension of Draymond Green as reasons why Cleveland gets to hoist the trophy this year.

Rather than address these excuses, I’ll explore the reason why some fans are so invested in sports in the first place.

We derive our self-worth from the groups we are a part of.

This phenomenon is common in the sports world, and it’s one of the biggest reasons LeBron has been unfairly saddled with the expectations of so many.

Advances in technology allow us to monitor our favorite teams 24/7, so it’s never been easier to lose yourself in the world of touchdowns and penalty kicks. Supporting a winning team allows you to seize some fraction of glory, despite not contributing an ounce of effort to the actual outcome of the contest yourself.

That loyalty is conditional, though. Self-serving, yet complex and superficial at the same time.

There have been studies conducted to quantify the level of fan support for a team the day after a contest. Public affiliation with a team is directly proportional to the level of success they experienced in the most recent game.
.
Fans glue themselves to the team after wins and distance themselves after losses:

“Did you see that win on Friday? We’re the best team in the league.”

“How could they miss the extra point? They suck.”

Everybody loves a winner.

Your sports team affiliation is one of those psychological biases that boosts your self-esteem, and, because it requires sacrificing few of your own cognitive resources, remains a cheap way to enhance your own quality of life.

Irrational sports fandom is quite rational.

An understanding of Social Identity Theory provides a context for understanding why LeBron is such a lightning rod for sports commentary.

Many of the same fans cheering for LeBron now are the ones who vilified him for exercising his right to live life:

LeBron didn’t deserve this, given all he had given to the city in his first stint.

Not to say that fans in other cities wouldn’t have done this; they probably would have. Cleveland doesn’t have a monopoly on this level of selfish myopia, although their history of sports futility made them particularly susceptible to this type of behavior.

The people most likely to begrudge the freedom of others are those who feel like they lack the tools or drawing power to attract what they want themselves. They feel like they’ve lost something—with no capability of getting it back—so they lash out at external representations of their fears, their “scarecrows”, so to speak..

Characterize the other guy as a villain and you no longer have to feel guilty for mistreating him. He’s a bad person, so he deserves nothing but your censure.

Americans did it with the Japanese during WWII. It’s a lot easier to justify rounding up American-born Japanese in to internment camps when they’ve been painted as potential spies for the enemy. We also see it to some extent with the “One Percenter” debate in politics and economic policy as well. When the other guy is a “greedy fat cat exploiting the poor” instead of a hard-working businessman, soaking the rich is no longer viewed as immoral. 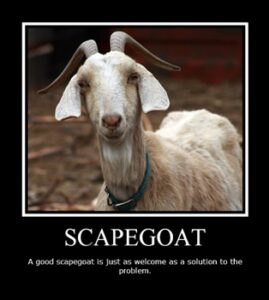 Finger pointing feels better than looking in the mirror..

Coincidentally, LeBron’s career arc was one of the driving forces behind the creation of justtaptheglass.com.

After tiring of hearing LeBron take so much “heat” for leaving Cleveland,  I penned a rebuttal to many of the criticisms levied against him for leaving Cleveland. Email discussions with friends surrounding my analysis of The Decision garnered encouragement to write more pieces for public consumption.

An excerpt from that article below:

—
“Lebron took the coward’s way out.”

It took courage to leave Cleveland. He knew that he would be disappointing hordes of hometown fans and devastate the downtown Cleveland area. Reports estimate that Cleveland stands to lose an estimated $200 million a year due to Lebron’s departure.

Dan Gilbert, the owner of the Cavs, was also depending on Lebron to attract traffic to his downtown casinos (more on Gilbert later). Many people thought Lebron would be “turning his back” on his hometown if he decided to leave Cleveland. Choosing to leave town meant he would have to face an appreciable backlash from not just Cleveland fans, but from people all over the world. Returning home to a hero’s welcome (and accepting another 10 years of mediocrity) would have been the easy way out.

“Lebron is a traitor/Benedict Arnold because he left Cleveland.”

Gilbert ripped Lebron in an ill-advised, curiously constructed letter to Cavs fans immediately following Lebron’s departure.  He didn’t do the Cavs’ recruiting efforts any favors by displaying such churlish and immature behavior. Judging by Cleveland’s floundering tourism industry, they can ill-afford to be any less attractive a destination for free agents.

Dan Gilbert is the same man who professed to love Lebron like a son while he was under his employ.  Athletes don’t want to play for ungrateful owners who so easily dismiss all that a great player has done for an organization.

It will be a cold day in you know where when we see sports owners pay athletes mega-millions  in their 40’s and 50’s for all of the value they created while in their respective primes. Owners and executives routinely trade and cut players without their consent or  a courtesy phone call. Most owners do not hesitate to dump a player if he gets hurt and is no longer a major contributor to the team.

Even when an athlete is productive, many owners will refuse to pay them fair market value for their services (read; Pittsburgh Pirates, Philadelphia Eagles). Loyalty is a relic of the distant past in the sports arena (and the world at large) in this day and age.

Many of these same sports fans criticizing Lebron would leave their places of employment if tempted with even a minimal raise. Why should athletes not be extended the same liberty? Fans and owners don’t own players. No matter how much you love your sports team and its players,  you do not have a say in how they live their lives or where they ply their trade. Athletes are employees; they don’t owe you anything besides their best effort on the court or field.

Now you know why so many fans live and die with their favorite teams.

Congratulations to LeBron and the Cavaliers.